Who Does the Work? 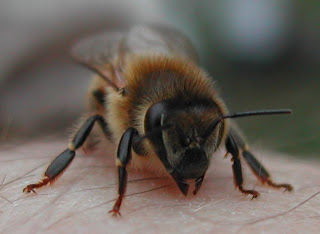 Is it the boys or the girls who do all the work for the hive?

Here's a HUGE hint: The Bee Movie is totally wrong!!!


It's not the boys that do the work and run the hive, it's the girls.

Bees are social creatures with a Queen, who is their mother, and her sons and daughters. They're very similar to ants in that it's the females that do the hunting and gathering for the family. 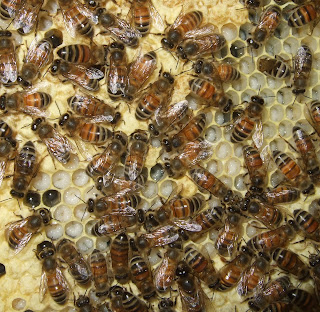 The female bee, called a worker won't ever grow up into a queen. She'll always be a worker until the day she dies because that's the way she was born.


In this photo the house bees are feeding their brothers and sisters who are chubby white larva laying curled up in their honeycomb cells.

Do you have chores that you have to do at home? So do the bees. And guess what? Their chores aren't much different than yours. 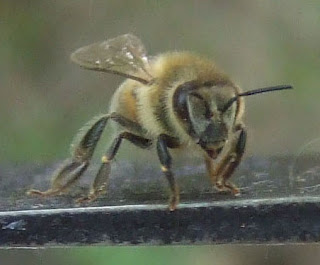 Inside the hive workers will: Feed and babysit their baby brothers and sisters, keep them warm by clustering, clean the hive, remove any garbage, feed and care for the queen, store and pack honeycombs, fan the honey and protect the hive.


Can you guess what's the first chore of a newly hatched baby bee? It's to clean her room. She has to clean the cell she hatched from so that it's all ready for the queen to come and lay another egg in it.

When a worker is older she'll work outside the hive as a field bee. Outside the hive she'll gather nectar and pollen from plants. She'll also collect water to drink or cool the hive and she collect a sticky substance called propolis.

A worker bee can live up to a month but often she won't live quite that long and she'll wear herself out and die from all her hard work. In winter, the bees mostly have a vacation and a worker can live for several months inside the hive.


This family structure is also the same for wasps, hornets and bumble bees. With the big list of chores you can see why people say often say "as busy as a bee".
Posted by Bee Magic Chronicles for Kids at 8:22 AM